Return to The Wyldes 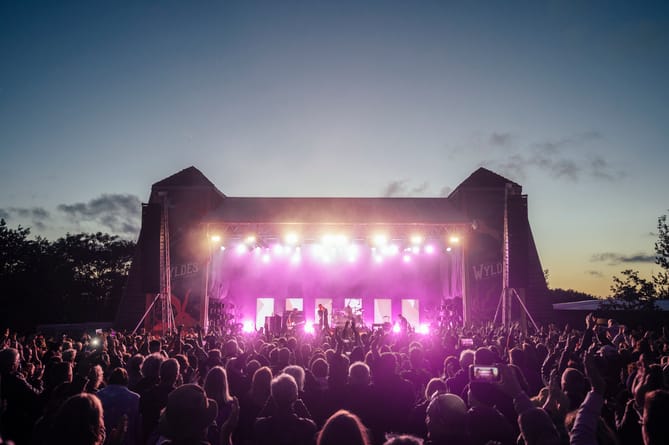 Keane at The Wyldes (Matthew Hawkey )

PARTY goers returned to The Wyldes and came back with a bang!

After two years away due to the pandemic, partying at The Wyldes in Bude has returned. I was luckily enough to be invited to experience The Wyldes for their first event back and oh wasn’t it a good one.

It was a lovely day from start to finish. Once I had arrived into the festival grounds and picked up my tickets from the box office, I was able to venture down towards the music and was kindly offered a small taster of Sharp’s cold river cider along the way, a fresh and more-ish apple cider which was very nice indeed.

On first entry to the festival, you are greeted with a variety of food, drink and merchandise stalls, which I would return to later. After a quick scout around, I made my way towards the stages.

Luckily, the sun was actually shining for once, and the crowd were able to relax on the grass in front of the stages to enjoy the sublime sounds of Keane’s supporting acts; Flyte, Eliza Shaddad, Henrey Webb-Jenkins, Bailey Tomkinson and Rue who had been performing throughout the day.

There are two stages at the Wyldes, a smaller stage where the supporting acts perform and the ‘after party’ disco is held and the main stage were the headliner performs later in the day.

But my favourite part is the ‘wyldeness’ of the site. The area is very natural with lots of trees to sit between giving it a relaxing atmosphere. Makes a huge change from what other festival sites are like which I very much enjoyed.

I was fortune enough to experience the VIP backstage area. While posing as a VIP, I was able to enjoy a rather glamorous bar, wood fired pizza and flushable, posh toilets! The VIP area is mainly taken up by a large canvas stretch tent which covers a cosy little area with sofas, chairs, tables and a DJ to relax in away from the larger crowd.

Before we were engulfed by the growing crowd of Keane fans, I was able to return to the food area and tuck into some delicious food!

Now...here comes the music! I was able to sit and watch Flyte and Eliza Shaddad, who were, of course amazing. Will Taylor, Nicolas Hill and Eliza’s performances were just fantastic, especially in the evening sun with a cider in hand. Keane was soon due to start - they had not performed in Cornwall for a number of years, so there was much anticipation.

And as soon as the clock struck 9pm, the previously calm, cool and collected crowd eagerly jumped out of their deck chairs and made their way to the front of the main stage ready for Keane.

All the members of the band gave an energetic, nostalgic performance and, telling by the volume of the crowd, it was thoroughly enjoyed by all! They really did rock Cornwall.

I must also point out that who ever is in charge of the stage lights and the light show did a fantastic job!

Overall, it couldn’t have been a better come back for the team at the Wyldes and the party goers who supported them. Looking forward to what’s soon to come. 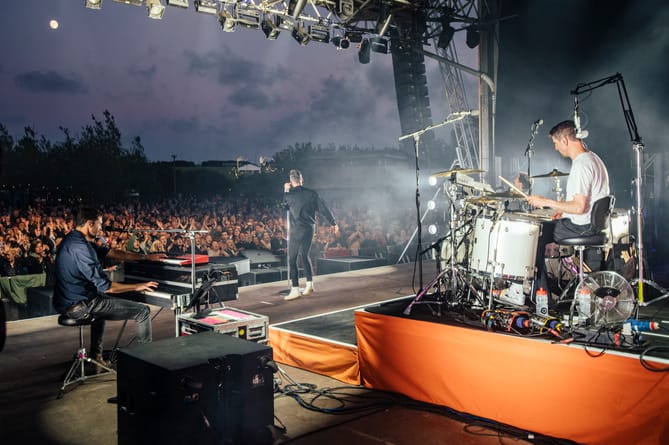 Keane at The Wyldes (Matthew Hawkey )