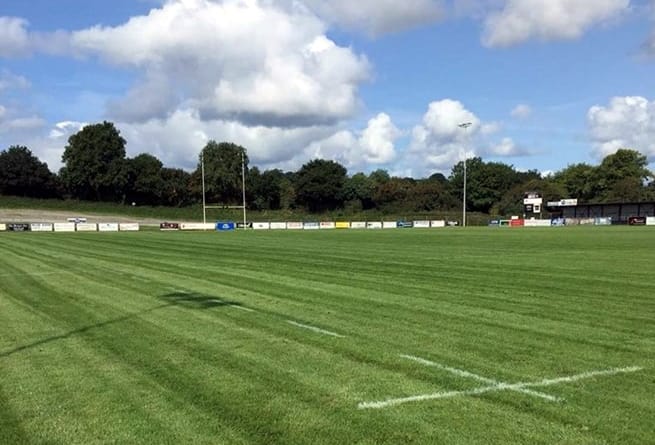 SPORTS clubs across the Cornish Times and Post Series areas have paid tribute to Her Majesty, Queen Elizabeth II, the following her passing yesterday aged 96.

The Queen – was a keen watcher of all sports – particularly horse racing – and was often seen at Royal Ascot just a few miles away from Windsor Castle.

Clubs from the Western League at Step Five – right down to the Duchy League have paid their respects with all football from the Premier League and Women’s Super League down to grassroots suspended until Monday as a mark of respect.

Chiefs see off Westcountry rivals to move up to third

In a statement to leagues, the FA said: “Her Majesty the Queen was a long-standing Patron of The Football Association and has left a lasting and indelible legacy on our national game.

“As a mark of respect, following the passing of Her Majesty the Queen, English football has united to postpone all football fixtures between September 9-11. This follows Government guidance, which encourages sporting organisations to show respect in an appropriate way.“

The FA can confirm that all football fixtures across the Barclays Women’s Super League, Barclays Women’s Championship, the Vitality Women’s FA Cup, and the Isuzu FA Trophy, will be postponed this weekend. We can also confirm that all football fixtures across the National League System [NLS], Steps 1-6, including the Vanarama National Leagues, the Women’s Football Pyramid [WFP], Tiers 3-7, and matches across grassroots football in England will be postponed.

“The Premier League and the EFL have all confirmed that their fixtures this weekend will be rescheduled for a later date. “All flags at Wembley Stadium and St. George’s Park will continue to fly at half-mast over the weekend.

“Our thoughts remain with our president, HRH The Duke of Cambridge, and the whole of the Royal Family during this time.”

Saltash United simply put on their Twitter; ‘May my life be long or short be devoted to your service’, followed by Rest gently our Queen’, while Torpoint Athletic simply retweeted official tweets from The Royal Family account.

The Point’s neighbours Millbrook posted an emotional message, posting: ‘All at Millbrook AFC are saddened to hear the news of the passing of HM Queen Elizabeth II. Our thoughts are with the Royal Family.

‘Rest in Peace Your Majesty’.

South West Peninsula League Premier West outfit Camelford went along the same lines as Saltash, stating the Queen’s quote, ‘May my life be long or short be devoted to your service’. Thank you Ma’am.

We are all deeply saddened and our condolences are with the Royal Family.

May you rest in peace your Majesty, while Launceston simply put ‘Thank you Ma’am’.

Dobwalls put; ‘Everyone at Dobwalls FC’ joins the whole nation in paying its respects to Queen Elizabeth II and express our deepest condolences’, while neighbours Liskeard Athletic posted: “We are all deeply saddened by the news of HM Queen Elizabeth II’s death. Our thoughts are with the Royal Family this evening. Rest in Peace your Majesty.

The final weekend of the Cornwall Cricket League season is scheduled for tomorrow and after a long wait, the England and Wales Cricket Board have announced that international fixtures right down to village cricket in Cornwall can be played.

An ECB statement reads: “Cricket will resume on Saturday to pay tribute to Her Majesty Queen Elizabeth II and honour her remarkable life and service.

“Following the cancellation of Friday’s cricket fixtures as a mark of respect on announcement of her death, the England and Wales Cricket Board can confirm that play will resume from Saturday including international, domestic, and recreational fixtures. This decision has been taken after consultation with DCMS and in line with Official National Mourning guidance.

“Before each match, a minute’s silence will be observed followed by the national anthem. All players and coaches will wear black armbands. Branded inventory will be replaced with messaging paying cricket’s respects to The Queen.”

With so much to play for at the top and bottom of several divisions, clubs will be eager to play, although plenty of rain throughout the week means some may not start on time, if at all.

Werrington and Callington are in a three-way battle with Truro for survival in the ECB Cornwall Premier League while Callington Seconds need to overturn a 12-point deficit to Lanhydrock to ensure survival. However if the first team are relegated, they will go down anyway.

In the East section there’s plenty to play for with three teams - Lanhydrock Seconds, Ladock, Werrington Thirds battling it out to avoid being the two teams joining Bugle in relegation from Division Three East, while in Division Four East, leaders Pencarrow will guarantee the title with a win over Grampound Thirds.

If they lose, the winners of Launceston Seconds v Saltash St Stephens will go up.

Clubs have posted their tributes.

Callington posted on Instagram: “All at Callington Cricket Club are deeply saddened to learn of Her Majesty Queen Elizabeth II. We join those mourning in the UK and across the world.

“We would like to send our condolences to the Royal Family and everyone affected by this very sad news.”

St Neot Taverners posted: ‘We are saddened to learn of the passing of HRH Elizabeth II. Our thoughts are with the family. RIP your majesty. Long live the King, while St Minver CC said: “RIP her Majesty The Queen”.

Launceston Rugby Club are the flagship club in North Cornwall, and the Regional South West One club made a simple, yet touching, tribute on Facebook.

It said: ‘Our sincerest condolences, prayers and thoughts are with the Royal Family.”

Bodmin Rugby Club’s Facebook page shared Cornwall RFU’s post which stated: “It is with great sadness that we have learned of the passing of HM Queen Elizabeth II. Our sincerest condolences, prayers and thought are with the Royal Family.

Bodmin’s league rivals Liskeard-Looe said: “Liskeard-Looe Rugby Football Club is saddened by the passing of the Her Majesty, Queen Elizabeth II. We extend our sincere condolences to The Royal Family.”

It’s been announced in the last couple of hours that fixtures will go ahead this weekend with Launceston welcoming Old Centralians to Polson Bridge tomorrow in Regional One South West (3pm) while Bude are on their travels to Paignton in Counties One Western West.

“Explaining the decision for games to go ahead, the RFU said: “The overwhelming opinions shared so far within the game, are that teams and supporters want to come together to honour Her Majesty Queen Elizabeth II to be united in our grief as we express sorrow at her passing.

“Rugby, at its heart, is about community and bringing people together, in good times and in sad. Rugby clubs are a source of strength and support during times of uncertainty, and we hope that by enabling games and other rugby activity to go ahead this weekend, with families and friends congregating it will help us all to unite at this time of national mourning.

“We strongly encourage all those playing sport this weekend to respectfully pay tribute to The Queen by holding a minute’s silence ahead of all fixtures this weekend. This an opportunity for teams from different areas to join together in honouring and celebrating her life.”