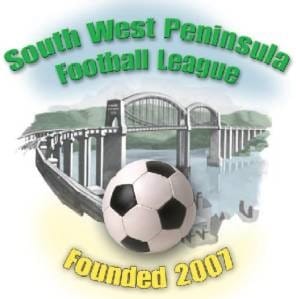 Following extensive consultation, The FA - in conjunction with the South West Peninsula League and the Toolstation Western League - are able to announce progress to a new divisional structure in the South West, aimed to combat the extensive travel encountered by Clubs in this part of the country.

In this week’s Post Series sport section out now!

In this week’s Post Series sports section, on sale now!

With the progression of Clubs from Devon and Cornwall into Step 5 aligned with the restructure of the National League System, the extremity of the League expanded to see journeys from Cornwall to Bristol. Following representation from the Leagues on behalf of their Member Clubs, the FA Leagues Committee agreed to consider a series of proposals, with a final proposal undergoing consultation with key stakeholders.

The consultation feedback was reviewed, and the proposal ratified by the Committee. The new League will be a merger of the existing Western & Peninsula Leagues who between them currently run four divisions, one at Step 5 and three at Step 6. The new league will run five divisions, Two at Step 5, designed to reduce travel & costs, and still three at Step 6. The sizes of the current four divisions vary between 22 and 17 clubs, the new structure will see divisions of up to 18 clubs in each. Mark Frost, Chair of the FA Leagues Committee said ‘It is important that as the pyramid evolves, we consider the feedback of Clubs and Leagues.

This issue was raised in a proactive manner by the Leagues and we are delighted that we are able to find a solution, while protecting the integrity of fluid promotion and relegation that the pyramid restructure has now enabled’ Phil Hiscox, Secretary of the South West Peninsula League said ‘The South West is a unique region with challenges for clubs travelling both in terms of time & distance, and more than ever costs as well.

The new set up will allow the previously disadvantaged clubs a pathway through the national league system which will be both achievable and affordable whilst maintaining a high level of football for those clubs.’ John Pool, Chair of the Toolstation Western League said: ‘’It has been the aim from its concept to open up the opportunities for all clubs in the South West to fulfil their aspirations to be able to compete in the national league system.

The proposals being carried forward to improve the opportunities for clubs has been endorsed by County FA’s and relevant Leagues, which is much appreciated by all concerned. The pathway to the future will allow clubs at all levels to be able to view the new league structure with optimism’