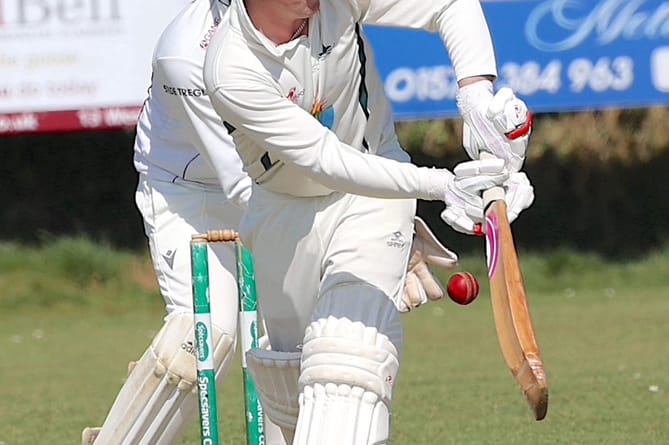 DEFENDING T20 Kernow Crash champions Callington will look to build on their encouraging start at Camborne last Saturday when they welcome Wadebridge to Moores Park tomorrow (midday and 3.30pm).

The competition sees two T20s played on the same day with Cally and Camborne sharing the honours at Roskear.

Callington won the opener by seven wickets with the home side victorious in the second by the same margin.

Callington are able to recall regular skipper Joe White to keep wicket, but with White missing next weekend, the club have decided to let Luke Brenton captain in the competition.

The added responsibility benefited the left-hander as he made scores of 38 and 44.

The other change to the side sees a recall for former first team skipper Jim Shorten to bolster the pace bowling ranks with Tallan Burns (football) and James Wilkinson (seconds) making way.

WERRINGTON are again missing a host of players for their double-header with Truro at Ladycross as they look to bounce back from two heavy defeats at Wadebridge.

Ben Smeeth, Ian Worsnip and Taylor Gerry are all still on holiday while John Moon is back at university.

Skipper Nick Lawson has recovered from a wrist injury that curtailed much of his involvement at Wadebridge last Saturday, and will keep wicket, while key all-rounder Adam Hodgson is also back from his own holiday.

There are chances to impress for the likes of teenagers Dan Howgill and Freddie Ward.

The other matches across the two pools see St Just make the short trip to Hayle, Penzance welcome Camborne who are boosted by the availability of Somerset’s Lewis Goldsworthy, and St Austell entertain Redruth at Wheal Eliza.

CALLINGTON Seconds’ first ever fixture in the second-tier ended in a superb victory over visiting Lanhydrock last Saturday, but Toby May’s side will be firmly put to the test tomorrow when they head to promotion-hopefuls Falmouth (1pm).

Fal – in their second season in the division following relegation – are determined to go back up but lost by five wickets at Grampound Road last Saturday.

May makes some changes with opening batsman Ryan Brown fit enough to play after making an unbeaten 137 at Holsworthy last week for the thirds, while all-rounder Alex Robinson is also available to slot into the top-order and potentially bowl some off-spin.

Paceman Jim Shorten is rewarded for his four wickets last weekend with a recall to the first team with James Wilkinson dropping down.

The rest of the team is unsurprisingly unchanged with Charlie Coates, who scored 50 last Saturday, placed in the thirds alongside Ben Allsop.

WERRINGTON Seconds are again depleted when they head to St Erme.

With several from the firsts again missing, skipper Rob Dymond takes his side to Castle Field in hope more than expectation.

With over 30 players unavailable last week, the thirds had to concede, while Dymond was given a late call-up to the firsts with regular keeper Nick Lawson nursing a wrist injury.

Dymond is back in the seconds this week and is also able to call upon seamer Darren Webber and former captain Mark Hodgson.

The rest of the side remains unchanged from last Saturday’s nine-wicket defeat to their Redruth counterparts.

The other matches see two of the title contenders meet at Beacon Parc as Helston welcome Beacon while Mullion’s first away game since promotion sees them make the long trip up to Lanhydrock.

Paul will back themselves to beat Newquay at Hutchens Park while Redruth Seconds entertain Grampound Road with both hoping to build on their opening day victories. 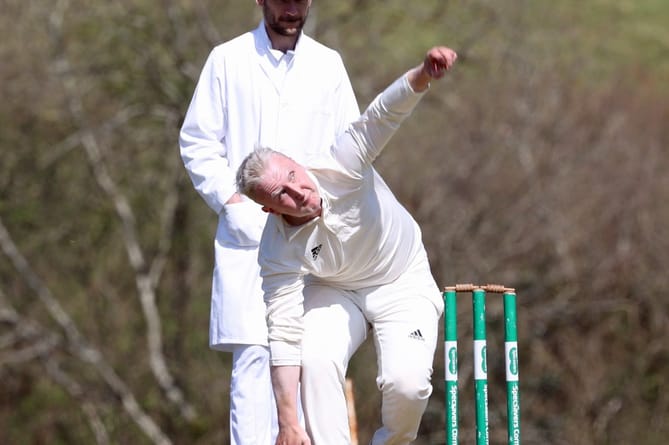 BUDE have aspirations of winning Division Two East this summer, but after losing their opening day clash to promoted South Petherwin, know they can ill-afford too many more slip-ups.

With just one team earning promotion, and Roche looking strong, skipper Warren Rumble will hopes for an improvement at Grampound Road Seconds.

Rumble, who is unavailable due to a family matter, is able to name an otherwise full-strength side with key men Matt Williams and Sam Hockin both able to play after missing the opening game.

All-rounder Chris Parkes is also down for the weekend and plays.

SOUTH Petherwin had a dream start at Bude and face another stern test of their credentials when St Blazey visit Kennards House.

Blazey are looking to push on this season while Petherwin will fancy their chances against anybody in what appears to be a wide-open division.

Petherwin skipper Jacob Masters gives a debut to batsman Ollie Brown from Lewdown while all-rounder Tom Rickard, fresh off 69 not out and 3-19 from nine overs on debut for the seconds, is straight into the first team.

They replace Adam Warne who is back in Cardiff and Kevin Horrell who is watching Plymouth Argyle in their huge game at Wigan.

HOLSWORTHY give a debut to all-rounder Hayden Sharp when they travel to Tideford.

The Trees secured an opening day seven-wicket victory over Callington Thirds and will hope for more of the same when they head to a side that were given a reprieve following Gorran’s withdrawal from the league.

However skipper Ryan Walter is forced into a couple of important changes from last Saturday.

Opening batsman Jack May has failed to recover from a groin injury while last week’s hero Sam Stacey is away, as is Liam Brend and Lyndon Piper.

Their places go to Sharp, who will bowl and bat at seven, spinner Graham Wild, middle-order batsman Leo McDonnell who this week moved back to the club from Tintagel and bowler Dan Furse.

Wicket-keeper Fraser Priest is again playing rugby while new signing Marc Bettis still has two weeks left of the football season to get through.

TINTAGEL were bowled out for just 84 at home to Grampound Road Seconds and make the trip to promotion-chasing Roche.

Skipper Ryan Pooley is missing a host of players to football, work and holiday, while batsman Leo McDonnell has switched back to Holsworthy.

CALLINGTON Thirds are able to call upon a much stronger side for the visit from relegated St Austell Seconds to Landulph.

Stand-in skipper Toby Beresford-Power has been given hard-hitting batsman/wicket-keeper Charlie Coates and spinner Ben Allsop from the seconds, while batsman Tom Neville and opening bowler Toby Morgan are also back.

LAUNCESTON’S old batting woes reared their ugly head last week at Ladock, and skipper Darren Jenkin will hope for an improvement when they welcome promoted Lanhydrock Seconds to Lawhitton tomorrow.

Launceston were relegated along with St Minver, and while St Minver were handing out a ten-wicket thrashing of Newquay Seconds, Launceston slipped from 80-2 to lose by 20 runs in pursuit of 149.

St Minver will face a much sterner test when they head to St Neot while Werrington Thirds under new skipper Matt Chatfield welcome Roche Seconds to Ladycross.

BUDE Seconds had a day to forget at Grampound Thirds last Saturday as they were dismissed for just 63 on a day where veteran spinner Michael Eastwood took the remarkable figures of 6-0 from eight overs.

The Seasiders will hope for a marked improvement when they welcome South Petherwin Seconds.

Petherwin fought back from 20-6 to beat St Blazey by 42 runs thanks to an unbroken seventh wicket stand of 144 between Tom Rickard (69no) and Joe Allen (50no), a far cry from last summer where they won just a couple of games and were reprieved relegation.

With Milton Abbot pulling out of the division and Saltash St Stephens versus Launceston Seconds rearranged for Bank Holiday Monday (May 2), the other three fixtures see Pencarrow entertain Grampound Road Thirds, Liskeard make the short trip down the A390 to St Blazey Seconds and Menheniot-Looe Seconds welcome Wadebridge Thirds.

WERRINGTON Fourths will continue to give their youth a chance when they head to Tintagel Seconds in Division Five East.

A number of absentees higher up the club means many of the promising teenagers within the club will been given regular game time, while Tintagel’s two teams are currently ravaged by football, holidays and work, meaning both teams could be down to the bare bones.

Elsewhere in the division, St Minver Seconds started with a good win at their St Neot counterparts, and welcome Duloe while Roche Thirds face Foxhole on Sunday.

Holsworthy were due to play their first ever game in Division Five East last Saturday, however their clash at Foxhole was cancelled due to a waterlogged pitch.

They will hope for better luck when they welcome Tideford Seconds to Stanhope Park.