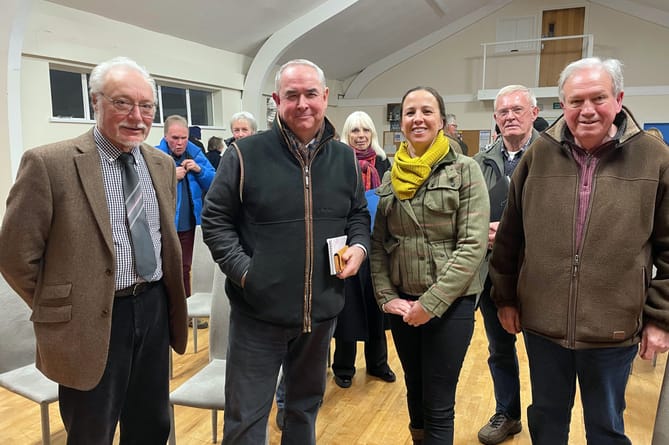 Local people often contact me about our planning system and perhaps no subject is more contentious.

Top Rock guitarist played one of his earliest gigs in Holsworthy

What happened in the news 100 years ago? - Looking back

So often, the eating up of green fields by housing, built with little feel for our local architectural vernacular and on sites that do not seem to possess the infrastructure and roads to sustain them, causes dismay among our communities. Recently, I have visited several local communities to hear directly from them their concerns, to support them where I can, and to reflect those views in the Government’s imminent reforms to the system in the Levelling Up Bill now before Parliament and, last week, I met our local branch of the Council for the Protection of Rural England.

One of the common concerns I hear is that developers in Torridge can ride roughshod over local and neighbourhood plans because the current council has not, for the past three years, possessed a valid five Year Housing Land Supply plan. If there is no such plan (5YHLSP), showing how the council is allowing enough development land to meet the area’s housing needs, a developer may apply to build outside the agreed development boundaries set in a democratic and transparent process by the local parish and the council, and the national rules introduced in 2006 create a presumption in favour of the development. It has, therefore, been vital that a local council planning authority should do all it can to keep its plan valid and up to date. I have been in regular discussion with the current Independent-run council on the issue for some time. I know that, despite difficulties, it has been working to remedy this long-standing deficiency.

However, there is a very strong case for abolishing this requirement and, after long discussions with ministers, I was pleased to see it included in the bill. Local communities should not be at the mercy of whether their council has been able to maintain a 5YHLSP, and local and neighbourhood plans should not be overridden in this way. Similarly, we must ensure that housing targets can be influenced locally and that developers build on land on which they have secured planning consent within a reasonable time. We must encourage local planning authorities to support community groups in developing affordable housing on “exception sites” in rural communities and properly consider the national interest in food security in their planning decisions. We must promote better design and lower density of housing and take measures, such as the new infrastructure levy for which the Bill provides, to ensure the development of the crucial infrastructure alongside any new housing.

It is encouraging that the Government’s recent consultation paper set these as the goals and principles that will influence its changes to the National Planning Framework. The consultation commenced on December 22 and closes on March 2. I would urge all those who cherish our local communities and the beautiful environment in which we are so fortunate to live, to consider responding to it at www.gov.uk/government/consultations/levelling-up-and-regeneration-bill-reforms-to-national-planning-policy/levelling-up-and-regeneration-bill-reforms-to-national-planning-policy