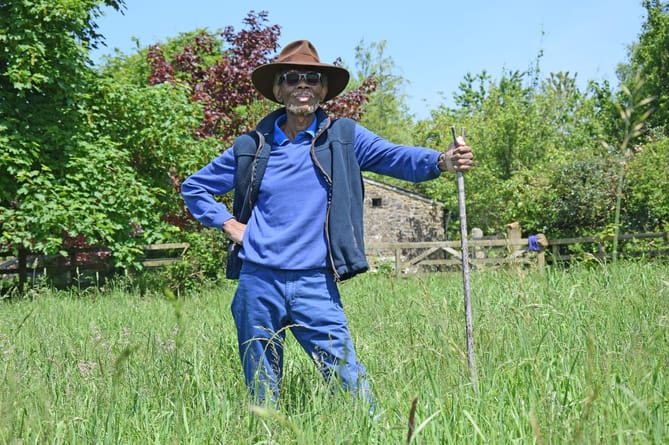 Wilfred Emmanuel-Jones, aka The Black Farmer, is once again showing his appreciation and recognition of the heroes of the Windrush Generation as he attends unveiling of commemorative monument at Waterloo Station.

Windrush Day on Wednesday, June 22 2022 marks the 74th Anniversary of the arrival of HMT Empire Windrush at Tilbury Docks, bringing hundreds of Caribbean immigrants to the UK, symbolising the start of the Windrush Generation.

To honour this historic occasion and the arrival of Caribbean communities that have transformed Britain into such a multicultural country, a Windrush Monument will be unveiled at London Waterloo railway station on Windrush Day, now in its fifth year.

A prominent figure in the Black British community and long-term campaigner for diversity, Wilfred Emmanuel-Jones arrived in Britain from Jamaica as a young boy. From humble beginnings, his spirited success story in the following decades and now as The Black Farmer, is testament to the remarkable resilience and ongoing contribution of the Windrush generation to this country.

Wilfred said: “I am delighted to be invited to the unveiling of this important monument, it’s such a significant occasion to acknowledge Black British history - something I am passionate about.

“Sculptures depicting black people in the UK are scarce and this is long-overdue. Our shared history is powerfully conveyed through this extraordinary statue created by internationally acclaimed Jamaican sculptor, Basil Watson, and is a fitting tribute to the Windrush generation. I believe this symbol of courage will empower younger generations now and in the future.”

Wilfred has always voiced his honest opinions on the under-representation of Black British, especially in UK farming and food industries. With confidence and fierce determination, Wilfred is very passionate about reshaping the future of these industries to be more inclusive.

In 2021 Wilfred was awarded an MBE for Services to British Farming and earlier this year was announced as a Governor of the Royal Agricultural University (RAU). He continues to inspire and engage others in a time of real change for a very traditional industry.

To continue his celebration of black history, The Black Farmer has launched a limited edition ‘Carnival’ pork sausage, infused with chilli and mango. The sausages will launch nationwide in selected supermarkets and will be available from July to October.