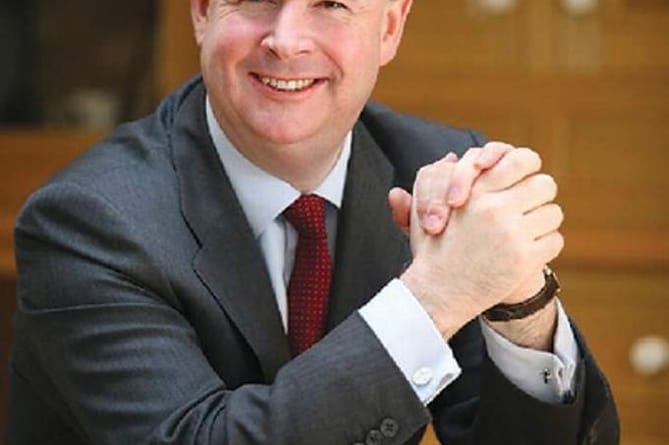 REVELATIONS that Sir Geoffrey Cox has taken on a new job worth £400,000 per year, whilst continuing to draw his salary as MP for Torridge and West Devon, have attracted anger and indignation on social media, with constituents complaining about a poor record of attendance in Parliament and letters which have gone unanswered.

Sir Geoffrey declared on the Register of Members Interests recently that he made nearly £900,000 over the course of the year working as a lawyer.

Commenting on the news, Steve Middleton, chair of Torridge and West Devon Lib Dems, said: “The people of Torridge and West Devon voted for a full-time MP, not a part time one. We expect him to be in Parliament speaking up for us on issues like the housing crisis, the threats to our rivers and coastline from sewage, representing the interests of farmers and consumers on trade deals, and listening to the concerns of constituents in this low-wage area. Instead, he has been in the Caribbean defending the right of an overseas territory to deprive the British taxpayer of income.

How did Scott Mann MP vote?

“He is not only not working for his constituents, but he is not even working in the interests of the British Government! It is an outrage that we should have an absentee MP who is more interested in defending tax evasion than serving his constituents. The people of Torridge and West Devon deserve better.”

Records show that Sir Geoffrey has consistently been the highest-earning MP since entering the Commons in 2005.

During the COP26 in Glasgow Prime Minster Boris Johnson was questioned about Sir Geoffrey’s second job.

He added: “For centuries, MPS have had jobs as doctors, writers, lawyers, firefighters — on the whole, MPs having second jobs has strengthened democracy as gives them experience of the real world.”

He said there are two crucial rules; they must put their job as an MP first, and devote themselves first and foremost to their constituents and must not lobby on behalf of private interests.

When asked if he felt Sir Geoffrey was putting his constituency first, Mr Johnson said he didn’t want to speak on individual cases but that “those who aren’t putting their constituents first should face the appropriate sanctions”.

In response to the allegations, Sir Geoffrey’s office issued the following statement: “Sir Geoffrey Cox has practised as a Queen’s Counsel in the courts since well before his election in 2005. He is a leading barrister in England and makes no secret of his professional activities. He was asked to advise the Attorney General and the elected Government of BVI, a British Overseas Territory, in a public inquiry into whether corruption, abuse of office or other serious dishonesty may have taken place in recent years in the Virgin Islands and to carry out a review of its systems of government in preparation for that Inquiry.  Prior to accepting the role, he sought and obtained the approval of the Office of the Attorney General of England and Wales that there would be no conflict of interest with his former role as Attorney General.”

They said this was not to “defend” a tax haven or to defend any wrongdoing but to assist the public inquiry in getting to the truth.

They continued: “Sir Geoffrey regularly works 70-hour weeks and always ensures that his casework on behalf of his constituents is given primary importance and fully carried out. Throughout this period, he continued to have online meetings with organisations, businesses and individuals within the constituency and it made no difference where he was for that purpose since it was not practicable or desirable at that time to meet face to face. As to the use of the proxy, prior to his visit to the BVI, he consulted the Chief Whip specifically on this issue and was advised that it was appropriate.

“Sir Geoffrey’s view is that it is up to the electors of Torridge and West Devon whether or not they vote for someone who is a senior and distinguished professional in his field and who still practices that profession. That has been the consistent view of the local Conservative Association and although at every election his political opponents have sought to make a prominent issue of his professional practice, it has so far been the consistent view of the voters of Torridge and West Devon. Sir Geoffrey is very content to abide by their decision.”

Adding: “As for the allegation that he breached the parliamentary code of conduct on one occasion, on September 14, 2021, by being in his office while participating in an online hearing in the public inquiry and voting in the House of Commons, he understands that the matter has been referred to the Parliamentary Commissioner and he will fully cooperate with her investigation. He does not believe that he breached the rules but will of course accept the judgment of the Parliamentary Commissioner or of the Committee on the matter.”