Beachgoers are being encouraged to look out for large groups of spider crabs along Cornwall’s coastline during the summer holidays amid increasing reports of mass gatherings filmed just metres away from the shore.

The crustaceans have been spotted carpeting the ocean floor at multiple popular tourist destinations in recent weeks.

The spider crab aggregations – or gatherings - used to be rare to see in UK waters, but Cornwall Wildlife Trust’s marine experts have described this summer as being “unusually spectacular” for sightings.

Rural impact among reasons for refusal for planning application in Alternun

“Give ‘em the old razzle dazzle”

Matt Slater, Marine Conservation Officer at Cornwall Wildlife Trust, said: “I’ve spent my whole career trying to get people to appreciate amazing marine animals like spider crabs. Reports of them being venomous are simply untrue and could damage their reputation. These animals are truly unique and are completely harmless to humans. 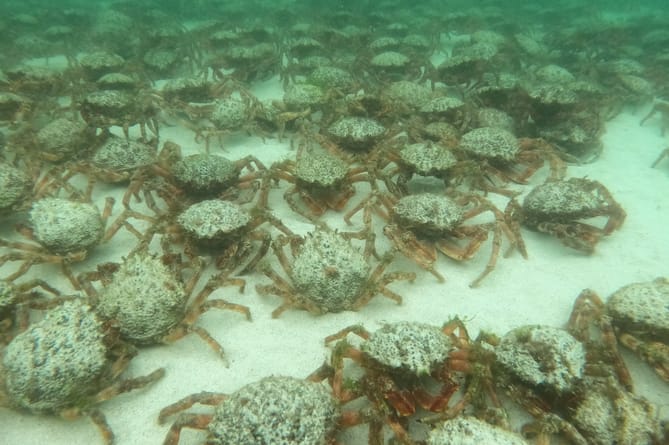 “Despite the many gatherings we’ve seen in places like St Ives, it’s not that common to witness this kind of behaviour. I saw it for the first time in Falmouth last year and it was an unbelievable experience! Please go out, enjoy our coastline responsibly and admire these sensational spider crab displays should you be so lucky to see one.”

Cornwall Wildlife Trust says it had just one confirmed gathering of the Spiny spider crab, Maja brachydactyla, in 2021.

This year, the crabs have been seen rallying together by divers and snorkellers across the Duchy in Newquay, St Ives, Falmouth, St Austell Bay and on the Lizard Peninsula.

Katie Maggs, a BSAC snorkel instructor and volunteer for Mounts Bay Marine Group who filmed one of the gatherings, said: “The spider crab mass moulting looked like something you’d see in a tropical country, yet it’s happening right here in Cornwall! I feel so lucky to have witnessed it first-hand.

“People often say to me they would never get to see our incredible marine life without me sharing my videos. I genuinely feel so lucky to be able to show people my snorkelling finds and I hope that it encourages people to want to protect our seas and learn more about them.”

Spider crabs are known to resemble the arachnids they are named after. Their long, spiny legs and claws spanning up to one metre give them their spider-like look. 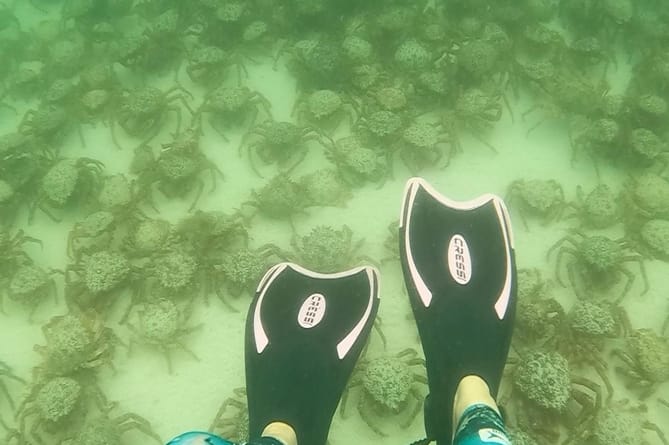 Each summer, these distinctive creatures travel from deep to shallow coastal waters as part of their life cycle. They congregate in huge numbers and shed their old shells in a synchronised act; protecting themselves from predators while they wait for their new exoskeletons to harden.

This natural phenomenon has also been reported in Torbay and Wales this year as spider crab numbers continue to boom in UK waters.

Cornwall Wildlife Trust is encouraging members of the public to record any spider crab sightings with them, including those in larger groups or aggregations, to help them identify patterns in their behaviour and migrations.

Matt continues: “We hope that these mass sightings are a sign that spider crab populations are healthy. We would love to learn of more gatherings taking place around Cornwall’s coastline. Our seas are full of surprises and there’s still so much we don’t know about them.”