How to benefit from dementia diagnosis 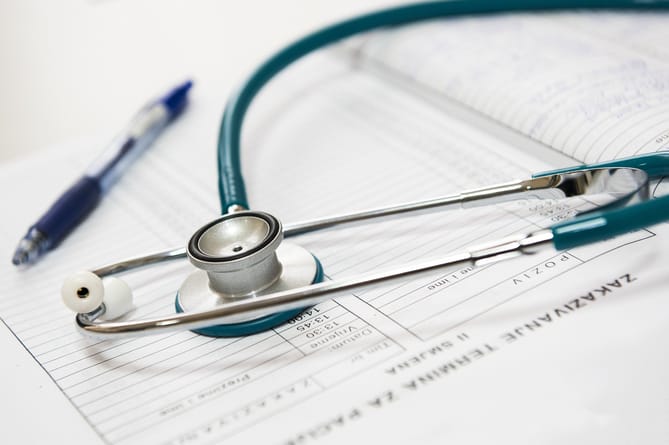 Too many people across the South West are facing dementia alone without the support a diagnosis can bring, according to Alzheimer’s Society.

To mark World Alzheimer’s Month this September, the charity is backing a global focus on post-diagnostic support, by highlighting five key benefits of a dementia diagnosis for people in the South West. Marion Child, Head of Region for Alzheimer’s Society in the South West said: “Asking the same question over and over again is not called getting old, it’s called getting ill. If you’re worried for yourself or someone you love, you can come to Alzheimer’s Society for support.

“The NHS estimates 87,172 people over the age of 65 have dementia in the South West and that 50,062 are diagnosed. Some people may be put off seeking a diagnosis for a number of reasons such as thinking memory loss is a normal part of ageing, they don’t recognise the signs, or are just too afraid.”

A survey by Alzheimer’s Society revealed that nine in 10 people with dementia have said that they benefitted from getting a diagnosis.

Marion added: “As an Alzheimer’s Society Head of Region, I help people to understand and comes to terms with a diagnosis of dementia, access support and plan for the future.

“We’re here for anyone affected by dementia. We provide practical advice, emotional support, and guidance for the best next step.”

Here’s five other reasons why people in the South West can benefit from a dementia diagnosis:

Alzheimer’s Society wants everyone affected by dementia to know that whoever you are, whatever you’re going through, you can turn to them for help. The charity is a vital source of support providing information and advice through their expert Dementia Advisers (Dementia Support Workers) and other services including their support line and website.

2) A better understanding of dementia

Dementia can cause changes to a person’s mood and behaviour. A diagnosis can help people understand why someone may be feeling low, getting irritated easily or acting differently.

In communities where dementia is not well understood or accepted, a diagnosis can help to spread awareness and provide a reason for any changes.

Being diagnosed with dementia means you are protected from discrimination (being treated unfairly) at work by law.

It can also give you access to financial benefits. Alzheimer’s Society has produced a factsheet on benefits for people affected by dementia which can be requested by contacting them or downloaded from their website.

4) Able to live a more fulfilled and less fearful life

A dementia diagnosis can be daunting, but a timely diagnosis can provide access to support and treatments that allow people with dementia to stay independent for longer and carry on doing the things that matter to them most.

It is important that people with a diagnosis of dementia remain a part of their community and stay connected to the people and the things they love. A diagnosis can open doors to local services and other groups that can offer support and a safe environment for people affected by dementia to share experiences with others in similar situations.

Ahead of World Alzheimer’s Day today (Wednesday), Alzheimer’s Society is reiterating its main recommendation following the launch of its report earlier this year Left to Cope Alone: The unmet support needs after a dementia diagnosis, that everyone diagnosed with dementia should have access to a dementia support worker.

Alzheimer’s Society is urging anyone worried about themselves or someone they love to take the first step and contact the charity for support. Visit alzheimers.org.uk/memoryloss or call them on 0333 150 3456 to speak to a Dementia Adviser.