Five in a row for Geoffrey Cox 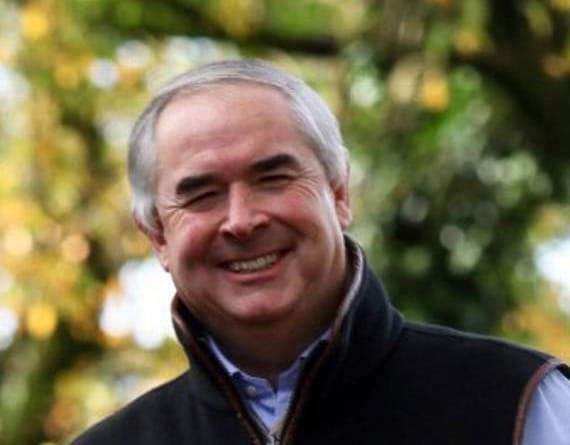 Geoffrey Cox has been re-elected as Member of Parliament for Torridge and West Devon for the fifth successive time after yesterday’s General Election [December 12].After a busy five-week campaign across the constituency, Mr Cox received a massive 35,904 votes, which saw his vote share increase from 56.5% in 2017 to 60.1%. Turnout was 74.58%, up from 73.9% in 2017.Commenting on his re-election, Mr Cox said: “I am delighted and honoured to have been returned for the fifth time as Member of Parliament for Torridge and West Devon, with the highest majority ever received here. To the people of this constituency who have placed their trust in me again, my profound and sincere thanks. I shall not let you down.“I would also like to thank everyone who has helped with our Conservative campaign; whether by displaying a poster, delivering leaflets, or accompanying me on my visits across Torridge and West Devon. I have been overwhelmed by the support and help I have received from so many of you.“With one seat still left to declare, the Conservatives now have 364 MPs, the largest Tory majority since 1987. With a majority we promised to break the deadlock in Parliament, respect the referendum and get Brexit done by January 31, 2020, and this is what we will now do.“We will then move on to deliver the priorities that matter to you — a record cash boost for our NHS, 50,000 more nurses, 40 new hospitals, 20,000 more police officers, levelling up funding in our schools and keeping our economy strong to fund the public services on which we all rely.“The next five years is set to be a positive time for the South West and for the UK as a whole, and once again I would like thank you all for voting Conservative and making this possible.”Mr Cox said it has been a ‘profound privilege’ to have represented Torridge and West Devon, an area that is his home, for fourteen and a half years, and to have been the country’s Attorney General, sitting in the Cabinet, since July last year.

He has lived in West Devon, near Tavistock, with his wife, Jeanie, and family, for twenty years. Their daughter and two sons, Charlotte, James and Jonathan, have all been brought up in the area and attended local schools.

Mr Cox was brought up in the West Country, the son of a soldier (his father being schooled in Tavistock) and their family have been Devonians for generations. His brother was for a long time a local solicitor.

Mr Cox has been for many years strongly involved in the local community, and among other roles, he is the president of the Tavistock Football Club, trustee of a local mental health charity, and vice president of the North Devon Hospice.

Alongside delivering Brexit, one of his main priorities is to reopen Appledore Shipyard and is hopeful to soon turn that into a reality.