More than 40,000 children unhappy with school in the South West 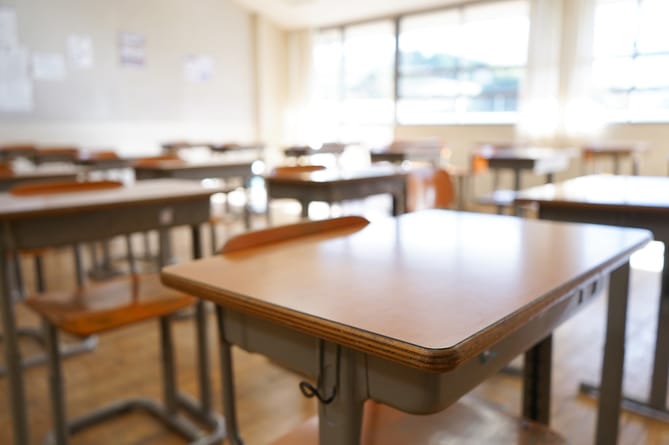 The national charity conducted further analysis using findings from this year’s annual Good Childhood Report, which examines the state of children’s well-being in the UK. The report shows that around one in 16 children (6%) aged 10 to 15 in the UK are unhappy with their lives, and almost one in eight (12%), equivalent to an estimated 44,000 in the South West, are unhappy with school.

The current cost of living crisis is having a significant effect on families, with 86% of parents and carers surveyed by the charity in the South saying they were concerned about how it will affect their families in the next year. This is especially pertinent as over a third of UK parents and carers completing the survey reported that they had already struggled with the costs of school trips and uniform over the last year.

The report also reveals that girls are significantly more unhappy with their appearance than boys, with almost one in five girls aged 10 to 15 in the UK (18%) – the equivalent of an estimated 32,000 10-15 year old girls in the South West - unhappy with their looks compared to one in 10 (10%) boys. This is a worrying jump for girls from one in seven (15%) being unhappy with their appearance ten years ago. The pandemic’s damaging impact is laid bare, with one in nine children (11%) aged 10 to 17 in the UK saying they had not coped overall with changes due to Coronavirus. This is despite many of the restrictions having been lifted when the charity’s survey was undertaken. Months of lost learning, facing in-person exams for the first time and mounting pressure could all have had a detrimental effect on children’s well-being, suggests The Children’s Society.

Bodmin gym to be open 24/7 with noise restrictions

Mark Russell, Chief Executive at The Children’s Society, said: “It is desperately worrying that children’s well-being is in this state of decline, with a vast number of children in the South West estimated to be unhappy with school and so many girls potentially struggling with the way they look.

“Right now, the negative effects of the cost of living crisis, the disruption of the pandemic to young people’s education, and the ongoing decline in children’s happiness are on a collision course. School is a vital setting to influence children’s well-being, but they need more support, as the reality of what’s facing children and the lack of a holistic response is a national scandal.

“We need a faster roll-out of mental health support teams in schools alongside early support hubs in every local community and there needs to be more support for children whose families are struggling to make ends meet with free school meals available to all children on Universal Credit. There is nowhere to hide from the ensuing well-being catastrophe unless urgent action is taken.”

The charity also reveals that, among children aged 10 to 15 in the UK, happiness with school and schoolwork declined significantly with age. On average, ten year olds rated happiness with school 8.1 out of 10, compared to 6.6 out of 10 at age 15. Happiness with school and schoolwork was also significantly lower among children in lower income households. This is particularly relevant given the current increases in the cost of living.     One teenager the charity spoke to about the findings said: “…a big problem with the expectations with schoolwork, so like the amount of schoolwork we have to do in school and outside of school. They don’t take into consideration the things people actually go through, like mental health and family problems and stuff like that outside of school”.

The research highlights the importance of ensuring that children feel listened to, with one in eight (13%) 10 to 17 year olds in the UK surveyed by the charity unhappy with how much they were listened to at school.

The charity is calling for better support for schools in the form of a faster rollout of mental health support teams to provide a listening ear if a young person needs to talk to someone, national measurement of children’s well-being to understand how they are feeling and know how to respond, and a widening of the eligibility criteria for free school meals to all children on Universal Credit, making sure children in struggling families avoid hunger at school.