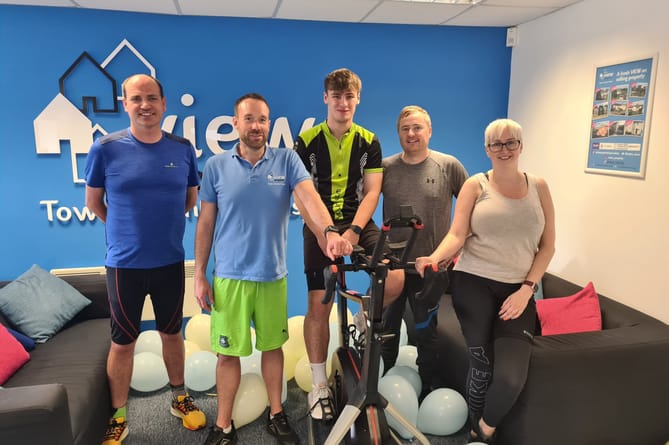 LAUNCESTON firm View Property held a charity bike ride event on Monday, May 16, to fundraise in support of Darren’s Cars who have been pro-active in their support of those affected by the war in Ukraine.

The estate agents held a charity bike ride and collected £384 which the company topped up to make the total raised £500.

The money will be used to help fund the next trip for Darren’s Cars to the Ukraine border where they will take supplies to the refugees and those fleeing the war-torn country.

The whole team were involved, led by directors Martin Deacon and Will Inman and in total rode for eight hours, cycling 182.2km and burning a whopping 4.486 calories!

You still have time to help us improve call handling

Motorcyclist dies in crash at Horningtops

Martin told the Post: “It was a great day for a great cause. We have donated to Darren’s Cars on a few occasions as well as more direct donations to those affected by the situation but felt we wanted to do something more to help in a different way.

“It was a busy day, juggling a very busy office with our efforts but we were really pleased with the support we received.

“That said there were a few sore legs the following morning!”

View Property would like to thank everyone locally for their support and donations alongside Matt Luxton for kindly lending us the bike and Mime of Tavistock who donated a rather tasty lunch.