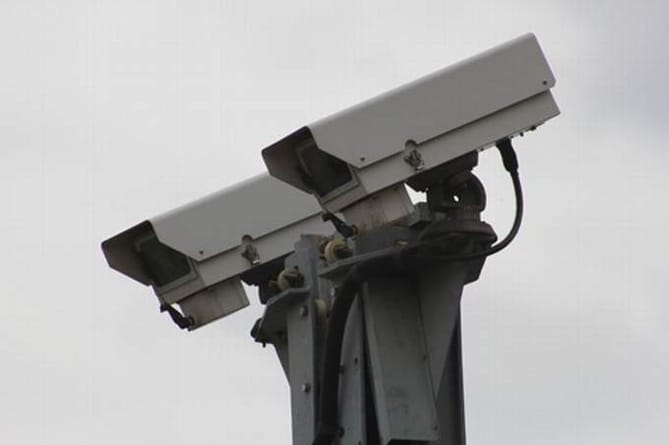 AN UPGRADE to the remaining weak link in a town centre’s CCTV is on the cards in order to deter shoplifters and anti-social behaviour.

Callington has carried out a wholescale refit of its security cameras over the last few years. There are more than 30 cameras, most of which provide recordings of ‘evidential quality’ to be used by police and in court.

But there’s a small area of the town where the cameras are not quite as advanced as elsewhere, and portreeve Mike Tagg is keen to see the equipment improved, to complete the picture.

There has been a spate of shoplifting recently in Callington, said Cllr Tagg, but much of it has gone unreported to the police.

Motorcyclist dies in crash at Horningtops

Neighbourhood Policing team leader Sgt Mike Ives has visited traders to chat to people about the discrepancy between actual and reported offences, and is encouraging local shopkeepers to report incidents, said the portreeve.

The same goes for anti-social behaviour, he added.

“There are two problems: one is getting people to report things. You can have 20 people moan about something, but if only one person or no-one reports it, the police don’t get a realistic idea.

“The other is cameras. We have a good system here, but there is one area where it’s not quite so good. I’m going to propose that the cameras there are upgraded, to give a bit more protection for our traders.”

Sgt Mike Ives said: “ Crime trends and statistics are monitored regularly by Neighbourhood Policing Teams across Launceston Sector and there appeared to be a disparity between informal complaints of shoplifting in Callington, reported to us by the Town Council, and our recorded crime statistics — of which there had only been one theft reported in the preceding two weeks.

“Officers conducted high visibility patrols in the days after this report, engaging with local shopkeepers and their staff. Officers were really well received and suitable advice was given surrounding the different ways that people can report incidents to us. One further shoplifting report was made, which is currently under investigation.

“As a Neighbourhood Team, we are committed to ensuring that Callington remains a pleasant and safe place for residents, business owners, their staff and visitors alike; however, when issues do arise, we would encourage the community to let us know about them.

“There are a range of ways that people can contact us — although it’s always a 999 call in an emergency, for non urgent enquiries you can contact us by telephone on 101 or via the internet.”

Full details of the “report a crime online” function and “webchat facility” can be found at www.devon-cornwall.police.uk/contact